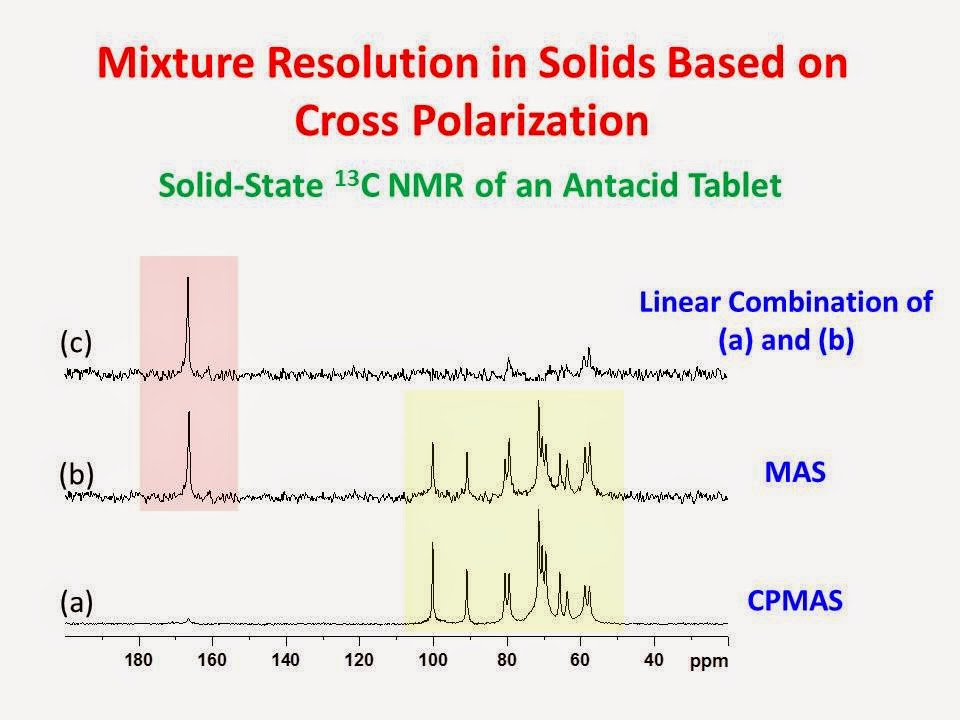 The recycle delay necessary to get the highest signal-to-noise ratio in a multi-scan 13C CPMAS NMR spectrum depends on the relaxation properties of the protons in the sample.  The protons in pure solid samples normally belong to a single homogeneous dipolar coupled network.  As a result, all of the protons in the coupled network have a common T1 relaxation time.  One would expect the same behavior for a mixture of compounds only if the components were mixed at the molecular level.  If the compounds are not mixed at the molecular level, the sample consists of domains of pure materials, each of which has a common proton T1.  If the proton T1's of the domains are significantly different, then one has a means of discriminating between the domains and hence the compounds of the mixture with 13C CPMAS NMR data.  The figure below illustrates this principle for a tablet of vitamin C ground into a powder.  The vitamin C tablet consists primarily of ascorbic acid for which the structure is shown in the figure.  The other major solid organic additives are hypromellose (hydroxypropyl methylcellulose), stearic acid (n-C17H35COOH), magnesium stearate and carnauba wax (a complex mixture of C26 to C30 acids, esters and alcohols).  When the tablet is ground up, the powder consists of ascorbic acid domains, stearic acid domains, magnesium stearate domains and carnauba wax domains. 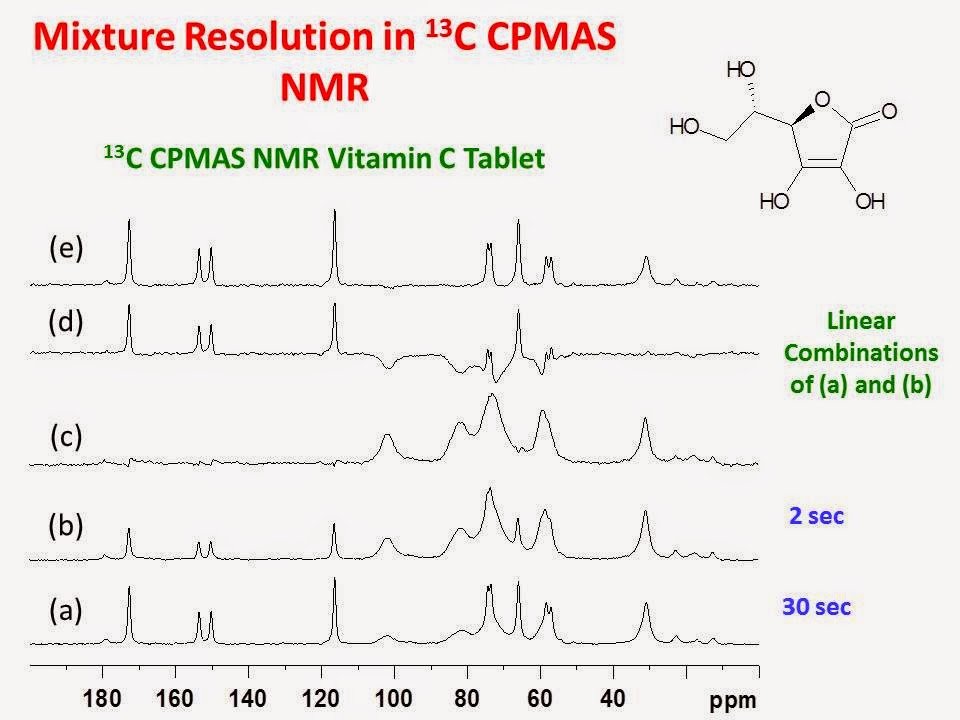 In 13C[1H] NMR spectra of liquids, one observes a single resonance for each symmetrically nonequivalent carbon atom.  The same is true of the 13C CPMAS spectra of solids.  The difference is that the molecular symmetry is the determining factor in liquids NMR whereas the crystallographic symmetry is the determining factor in solids NMR.  As a result, solids NMR can give different spectra for different solid polymorphs and multiple resonances due to multiple nonequivalent molecules in the asymmetric unit of the crystal structure.  The figure below compares the solids 13C CPMAS and liquids 13C[1H] NMR spectra of a vitamin C (ascorbic acid) tablet. 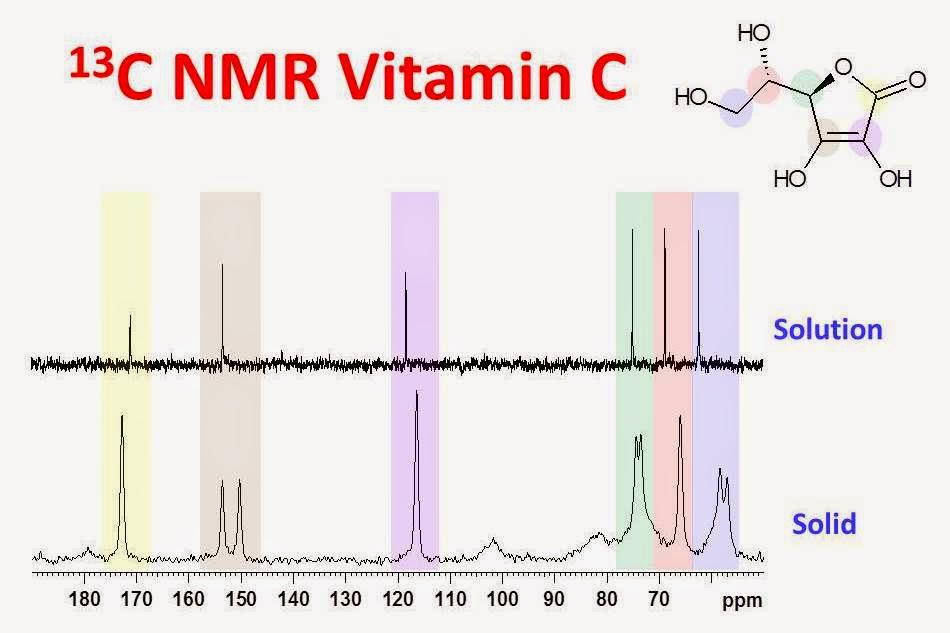 The structure is provided in the figure and the assignment for all of the carbon atoms is color coded.  In the liquids spectrum, one observes resonances for each carbon in the molecule.  In the 13C CPMAS spectrum, one observes that three of the six 13C resonances are doubled.  This doubling is consistent with there being two nonequivalent ascorbic acid molecules in the asymmetric unit of the crystal.  Presumably, the other three resonance are doubled as well but there is insufficient resolution in the spectrum for this observation.  The broad features in the spectrum are due to additives in the vitamin C tablet which include, hypromellose, stearic acid and carnauba wax.
Posted by Glenn Facey at 9:59 AM No comments: