Multiplets for Spin I = 1/2 Nuclides Coupled to Quadrupolar Nuclides 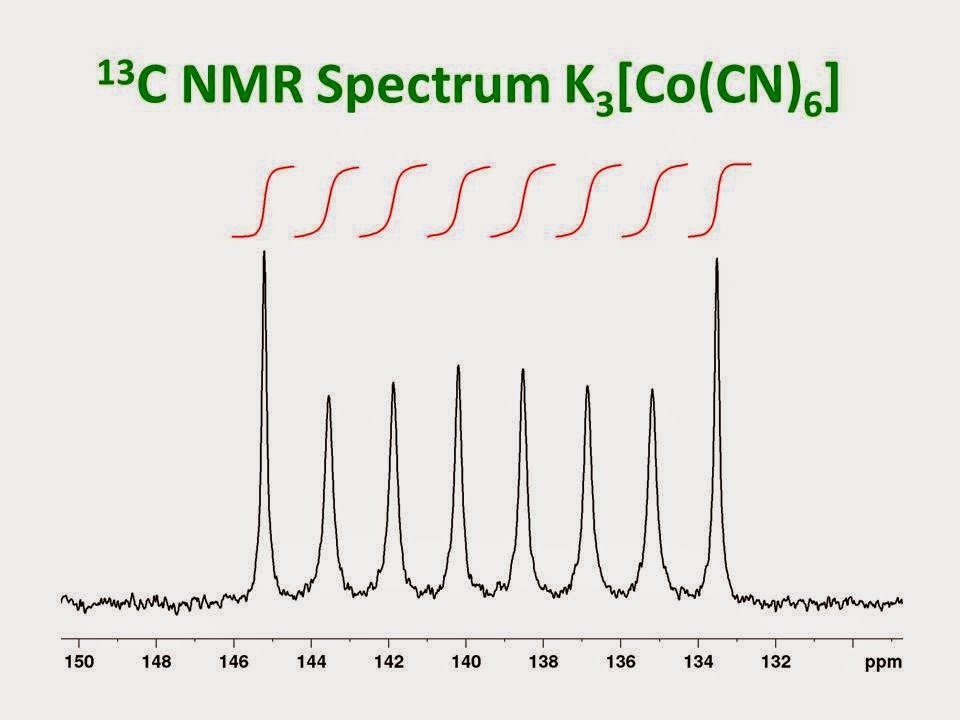 For this compound, the lifetimes of the 14N Zeeman states are sufficiently short such that the 14N is self-decoupled from the 13C.  The lifetimes of the 59Co ( I = 7/2, 100% naturally abundant) Zeeman states, on the other hand, are comparable (although somewhat longer than) the reciprocal of the J coupling interaction with the 13C.  As a result, an eight line multiplet is observed with equal integrals for each of the component lines.  In this case, the lifetimes of the eight 59Co Zeeman states are not equal and one can see that lines 2 and 7 of the multplet are the most broadened.  Lines  3 and 6 are the second most broadened followed by lines 4 and 5.  Lines 1 and 8 are the least broadened and therefore the highest in intensity.  The calculation of the relevant lineshapes has been presented in the early (and no so early) literature.1-4

Posted by Glenn Facey at 2:13 PM No comments: