One can simplify 1H NMR spectra by eliminating exchangeable proton signals.  This is most commonly done by adding a drop or two of D2O to the NMR sample.  An example of this can be seen in a previous post.  The deuterium from the D2O replaces the exchangeable protons (-OH, -NH, -NH2, -COOH) of the sample and their 1H signals disappear.  The disadvantage of this technique is the introduction of a strong HDO signal which may overlap with other signals in the spectrum and thereby hinder the interpretation. 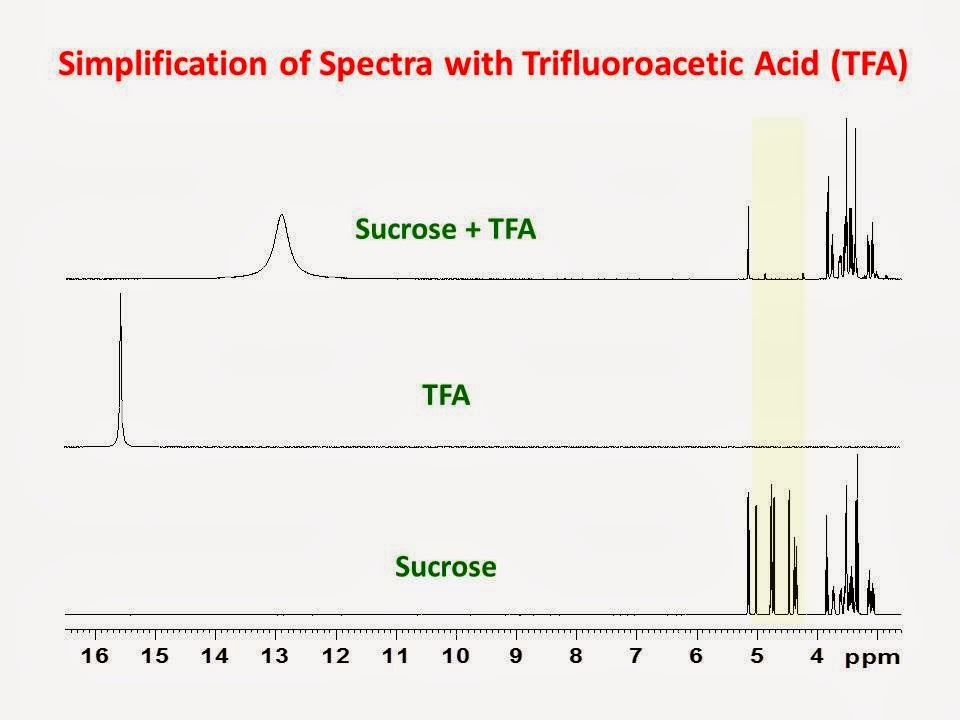 A comparison of the use of TFA compared to D2O as an exchange agent is shown in the figure below. 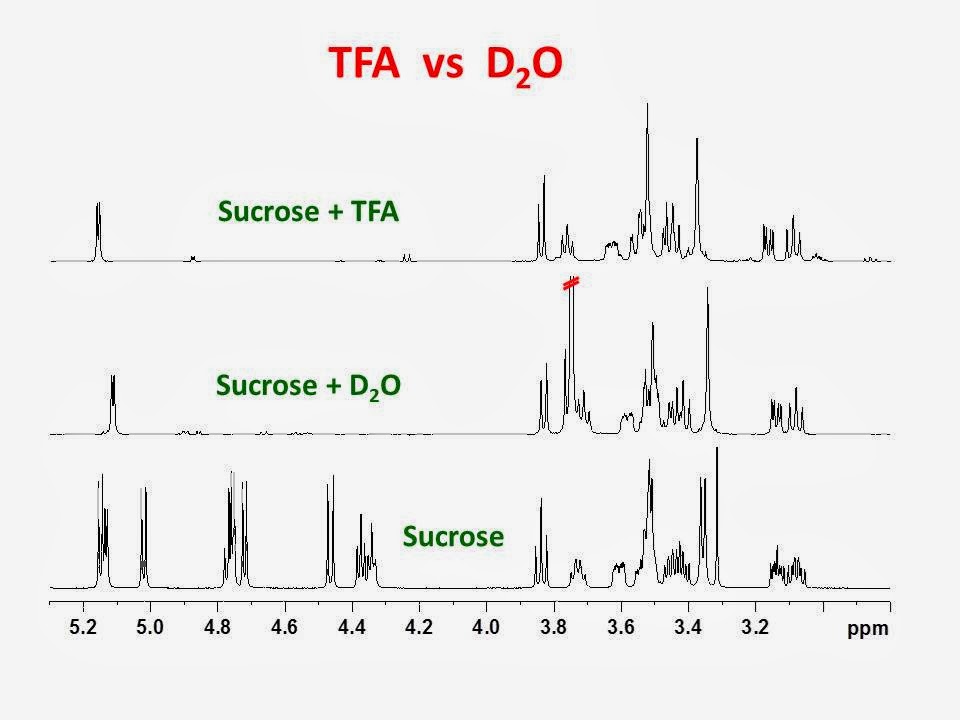 Both methods produce similar results except that the spectrum with added D2O has a large HDO peak (off-scale in the figure) which overlaps with other signals.

Many millions of dollars have been spent on high field NMR magnets to improve both sensitivity and chemical shift dispersion.  Many younger NMR users have had the good fortune to use only high field spectrometers where chemical shift resolution is often not an issue.  These users are not familiar with some of the "tricks" used to improve resolution which were needed on lower field instruments where chemical shift resolution was frequently a problem.  With the current helium shortage and the increasing popularity of low field permanent magnet spectrometers, these "tricks" will again become more and more common.  Among them are; the use of paramagnetic chemical shift reagents, the use of aromatic solvents or solvent mixtures and the use of variable temperature.  In this post, I would like to demonstrate the incredible power of simply changing the temperature at which the NMR data are collected.

The chemical shift of exchangeable protons ( -OH, -NH or NH2) depends dramatically on the degree of both inter-molecular and intra-molecular hydrogen bonding.  When molecules with exchangeable protons are dissolved in aprotic solvents, one is often able to observe the exchangeable protons as well as their associated J couplings.  Such is the case with sucrose dissolved in DMSO-d6 where all of the -OH protons can easily be observed.  When the temperature is changed, the populations of available conformations change and the degree of intra-molecular hydrogen bonding is affected with dramatic changes in the chemical shifts of the -OH resonances.  The figure below shows the anomeric and -OH region of the 500 MHz 1H NMR spectrum of sucrose in DMSO-d6 collected as a function of temperature. 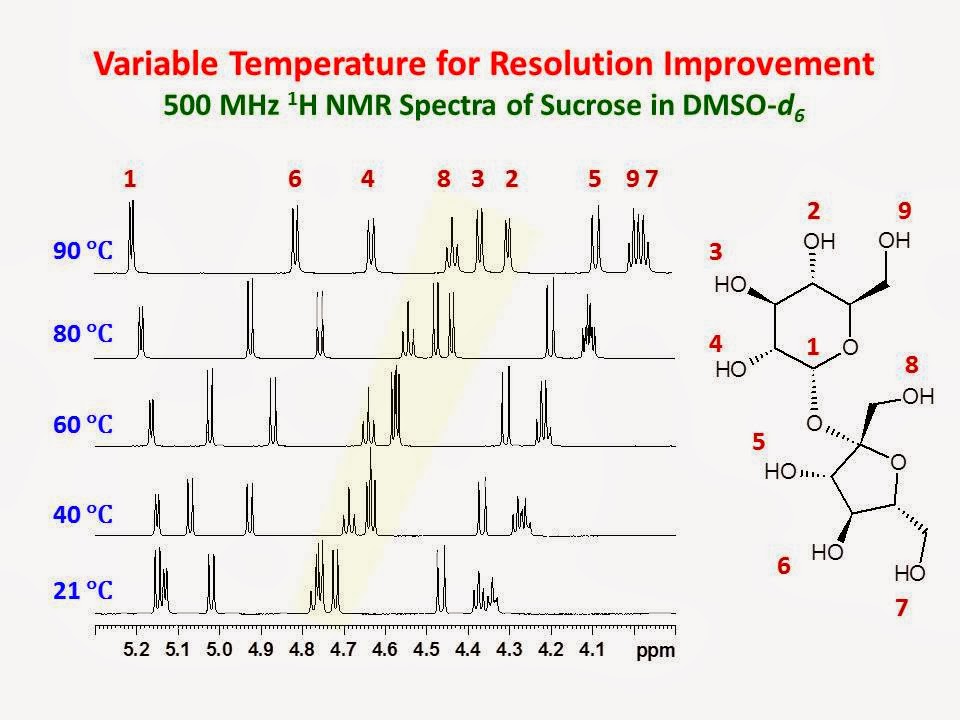 All of the protons can be assigned with standard 2D NMR methods.  As the temperature is increased, the anomeric proton (1) moves to higher frequencies while the -OH protons (2-9) all move to lower frequencies to different extents.  Note that the resonances in the highlighted region of the spectrum at 21°C are overlapped with one another but at higher temperatures are fully resolved.  The resolution has increased by simply increasing the temperature.
Posted by Glenn Facey at 12:55 PM 6 comments: