NMR spectroscopy is one of the most informative techniques for the study of structure, composition and dynamics of matter.  One of the many thousands of applications of NMR spectroscopy is in the study of edible oils.  Plant and animal oils are composed of complex mixtures of fatty acid tri-esters of glycerol.  The fatty acid moieties are generally straight chains of 16 - 24 carbons in length with various degrees of unsaturation.  In natural oils the double bonds are all cis-.  Fatty acids with trans- double bonds are usually the result of food processing.  The double bonds in polyunsaturated fatty acids are generally separated by single methylene groups.  The end methyl carbon of each fatty acid chain in the glycerol tri-esters is referred to as the omega position.  Omega-3 fatty acids are those with a double bond on the third carbon from the omega methyl position.  The most common omega-3 fatty acid in plant oils is α-linolenic acid (ALA), a C18 acid with three cis- double bonds in the 9-, 12- and 15- positions.  Two of the most common omega-3 fatty acids in marine oils are eicosapentaenoic acid (EPA), a C20 acid with five cis-double bonds in the 5-, 8-, 11-, 14-, and 17- positions and docosahexaenoic acid (DHA), a C22 acid with six cis- double bonds in the 4-, 7-, 10-, 13-, 16- and 19- positions.  The human body benefits from EPA and DHA which are only inefficiently synthesized from ALA in the human body.  Also, it is recommended that consumption of saturated oils should be limited and that polyunsaturated oils are a better alternative.  With these concerns, the study of edible oils has become important.  One might expect that the complexity of the mixtures constituting the natural edible oils would limit the usefulness of NMR as a method of study however; the spectra contain a great deal of information as can be seen in the figures below.  The 13C NMR spectra of 4 plant oils and 1 commercial “wild fish” oil are shown in the first figure. 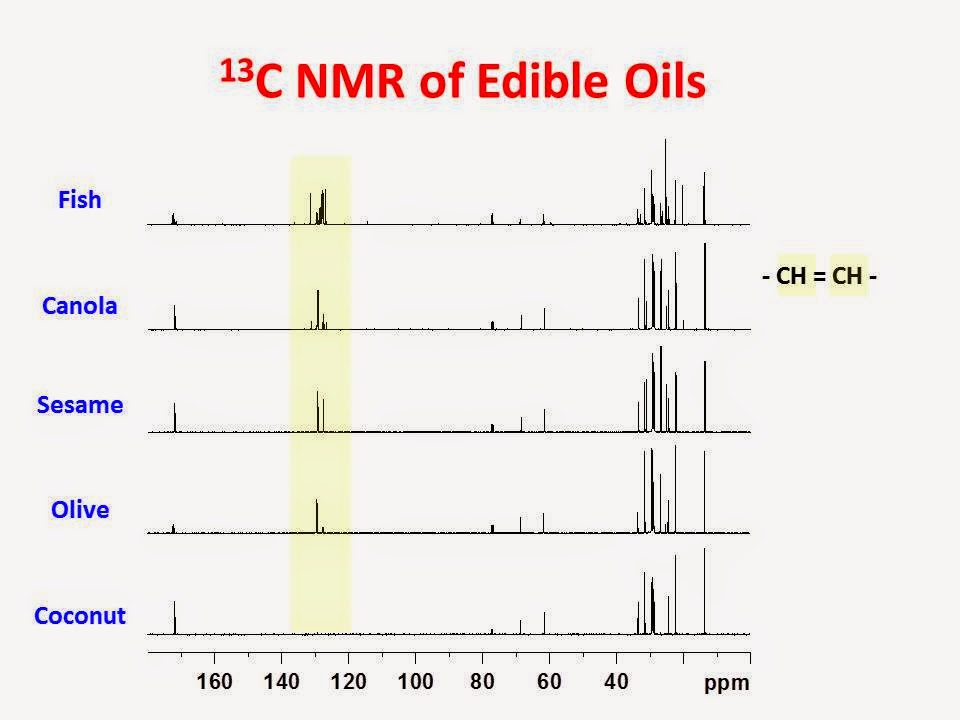 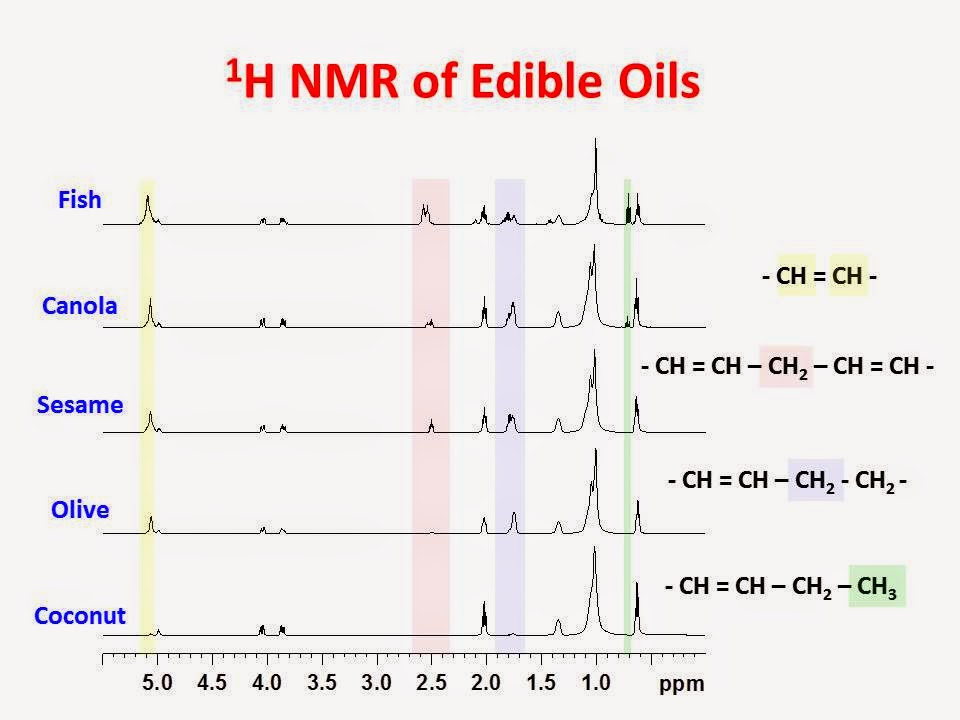